Something strange happened when Uranus,  the ruler of Astrology, was discovered in 1812. Of course it coincided with the dawning of the romantics in Europe and the birth of art as we know it. Before that time art as an independent outlet, a work of genius, a profession, was not really there. You were a craftsman under the patronage of an elite that guaranteed the existence of art. The birth and celebration of genius is an age that only just started to fade.

Perhaps it is the digital that turned genius into a commodity. Everyone is an artist on Facebook and this indicates we have arrived in some new epoch of time. The Uranic mind has infiltrated the masses for the good and the bad. The realization of the individual genius as collective technology might as well count for the biggest change in conscious ness over the last 200 years.

There are many ways to classify the blocks of time that we refer to as history and astrologers (me too) are fond of drawing the outside planets in to distinguish era’s and shifts of lived time and consciousness. But lets pass on the planets for a bit and recall the romanticism of the early 1800s with the birth of the individual artist and counter culture. Both of them returned as mainstage in the 1960s liberations and the beginning of the current Uranus Pluto cycle. The paradoxical element is that, although the 1960s and 70s were the highlight of the young dies genius (Jimi Hendrix and all), barely 50 years later it is technology that has constituted the communicated commodity of the genius.

These are the stepping stones of the Aquarian Age with its ruler Uranus under the notepads of mankind. When Uranus was discovered in 1812 it was first given the name Wolfgang and some international astronomical disputer it became Uranus. As Richard Tarnas states it doesn’t behave at all like its mythological counterpart, who was a rather conservative dude…, it behaves like Prometheus.

Uranus is undoing the archetype here, signifying the end of the age of reference. We still live in a Pisces dominated world. The different religions with with their icons, money or status as the symbolizer of wealth or success and in the secular Western world a strong notion to replace religion with ‘spiritual’ symbolism, where astrology plays her part as well. But Astrology’s ruler has been telling the tale for a long time: let the reference/symbol/archetype go, only then the Aquarian Age shall dawn. Of course this will mean a metamorphosis of astrology as we know it. We are talking about a machine, an operating system, a musical score. Not a sense of genius anymore but genius as an OS. How can commodified genius enjoy/manifest itself, how do we move past the astrologer as an intermediate, what is the idea of this cosmic OS? These are some of the challenges of the Aquarian quest.

We dont often conceive of the kosmos as a machine but its wheels have been turning with us ever since mankind got conscious. There is a relation with the skies that is always changing yet with some kind of eternal recurring regularity. In the age of the machine its time to embrace the machine itself, not as an exterior posture or an inner reflection but as immanent movement itself. We dont know what a machine can do yet we do know we are not separated from the kosmik machine. Hence the invitation to experiment with the machine and find new ways to integrate the circular motion into life and its digital offspring. 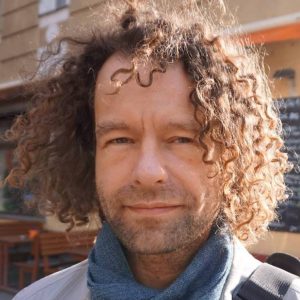 Kosmik Machine is a blog by Amsterdam based astrologer/musician/dj Robbert Steer. After spending his teenage years on chess and his twenties on vinyl, Robbert got an MA in Religious Studies in his thirties. Spending his time between Amsterdam and Berlin, Ableton and Astrology, Kosmik Machine is also an outlet to let new ideas into the field and tune into the age of electronica.

The insane jubilee of the kosmik challenge is ahead. The post-identity century needs a new ritual outcome to create an altered dis-course, an enunciation of the collective experience unlike the ones we got used to. Post digital yet with all the senses involved, hand by hand, heart by heart, a music that pulls the lost strings together again.

The kosmik dawn is affirmative, it requires yes as an answer and is not much interested in any other outcomes. In nature the ritual has always been musical. Even when the music was reduced to pure theory or a one to one excursion, the harmonics and melodies were the basic forces of the exchange. To realize this picture of sound as a circle of becoming is the task to be faced. Thats why the psychologist can not be a leader of tomorrow’s fate, she carries the burden as the vanishing make up/over of the christian heritage. Something will save the day. A so called healing of one to one, because the One is no longer there. Just someone to talk to, a sensitized empathic ear in the sea of isolated individuals. The preacher fallen off the shelf, like an echo of an empty church, yes the love needs a release somewhere, if the church would have been full the preachers wouldn’t  have to revert to psychology as the dance would do.

She has been vital as an intermediate of that involuted 20th century. Crossing the river from Christianity to technology requires some Chironic bogeyman at work.